December 8; How Do Women Manage Clients? MANAGEMENT BY THE BOOK:365 Daily Bible Verse &One-Minute Management Lessons For The Busy Faithful

Finally, all of you, be like-minded,
be sympathetic, love one another,
be compassionate and humble.

How Do Women Manage Clients?

It wasn’t a relationship. I wasn’t persuading. I thought I was communicating. Because, after all, I was doing all the talking.

Your Business Professor was under the tutelage of the company’s ace sales trainer. She happened to be a woman. But her skills were not happenstance. She was called Diane the Diamond Dragon (but never to her face).

She could sell and she invested her substantial commissions in wearable wealth. Diamonds are a girl’s best friend – but Diane also managed to be everyone’s friend.

I thought that my title, Account Manager, meant that I had to plan, organize, lead and control our business with the client. I leaned heavy on the ‘control’ part.

I was doing that ‘take charge’ male thing. By talking too much.

The Diamond Dragon took charge by talking very little. She really listened. The customers loved her. It was like therapy.

If leaders cannot command respect for their ability to recognize trouble spots and create solutions, it would be difficult for them to motivate individuals and get teams to follow them.

This is exactly the predicament of women leaders. By casting doubt on their problem-solving expertise, stereotypes undermine women’s power to lead. (Prime 2005) 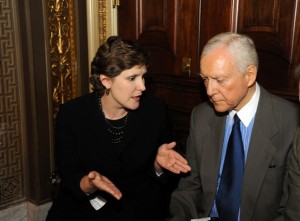 Deborah Tannen, Ph.D., professor of linguistics at Georgetown University, would agree. Where a woman would build a relationship, a man would make a show of competence: Women Rapport-Talk and Men Report-Talk (Tannen 1990). Dr. Tannen writes,

Most distressing in a society where equality is the agreed-upon goal, and where more and more women are entering high-status positions, women in authority find themselves in a double bind.

If they speak in ways expected of women, they are seen as inadequate leaders.

If they speak in ways expected of leaders, they are seen as inadequate women.

The road to authority is tough for women, and once they get there it’s a bed of thorns. (Deborah Tannen 1990)

Tannen continues in her book You Just Don’t Understand: Women and Men in Conversation,

In discussing her novel, The Temple of My Familiar, Alice Walker explained that a woman in the novel falls in love with a man because she sees in him “ a giant ear.”

Walker went on to remark that although people may think they are falling in love because of sexual attraction or some other force, “really what we’re looking for is someone to be able to hear us.”

We all want, above all, to be heard—but not merely to be heard. We want to be understood—heard for what we think we are saying, for what we know we meant. (Tannen 1990) p 48

The art and science of the sales pitch is delicate and counter-intuitive. Whoever talks the most is buying; whoever listens the most is selling.

This is important in all relationships especially in a training program. Sheryl Sandberg, Chief Operating Officer of The Facebook, was in a conversation with a young woman,

I asked what a mentor meant to her. She explained that it would be someone she spoke to for at least an hour every week. I smiled, thinking, That’s not a mentor—that’s a therapist. (Sandberg 2013)

The wise woman or man knows when to be the therapist.

The Diamond Dragon nurtured a relationship, created a customer and made a sale. And the USA was made a better place. Perhaps that Frenchman, Tocqueville, was right,

If I am asked how we should account for the unusual prosperity and growing strength of this nation, I would reply that they must be attributed to the superiority of their women. (Tocqueville 1836)

Finally, all of you, be like-minded, be sympathetic, love one another, be compassionate and humble. 1 Peter 3:8